Press enter to begin your search

Performance stories from the field.

Case Study 1 â€“ Hurricane Ike Damage: Galevston, Texas â€“ In September of 2008, Zielies was asked to help with storm restoration services in Galveston, Texas after Hurricane Ike caused the largest power outage in Texas history. With our significant experience, we were able to help restore power in the first six days to an incredible one million customers. Eighteen days after Hurricane Ike passed through, power had been restored throughout a 5,000 square-mile radius.

Case Study 2 â€“ Severe Storm Damage: Siren, Wisconsin â€œAs you all know our system took a major hit with the storm late Friday night, July 1.Â  Saturday morning at 5:20 a.m. crews from Zielieâ€™s Tree Service were dispatched to assist with major aerial and ground tree removal.Â  By 9 a.m. 7 crews arrived in Siren consisting of 5 aerial bucket trucks, 3 ASVâ€™s with grapples and 16 men.Â  After a tailgate meeting covering assignments and the safety factors of this type of work was conducted, crews were immediately sent in several directions throughout our service territory concentrating on theÂ Grantsburg, Webster and Voyager Village areas.Â  Dispatching was challenging due to being limited to cell phone use only, however much thanks goes to Al, Mike, Erick, Blake, Terry, Tony and Ross for directing and leading crews in their respected areas.Â  Paths were cleared for our line crews as well as PUSH, our underground contractor so restoration efforts could begin.

This afternoon the 5 aerial bucket trucks and 1 ASV has Â been released from our system.Â  Two ASVâ€™s and 4 crew members remain on board and are working with Tony and Ross for any areas reported as still requiring attention.Â  If all goes well, expectations are for them to be released tomorrow.

Our ROW department has expressed our gratitude to Zielieâ€™s for working with us through this devastating situation.Â  They responded quickly and worked very hard to get us in the shape we are tonight.Â  During a busy holiday weekend they chose to leave their plans behind and come help Polk-Burnett.Â  While I have heard many compliments from line crews on the job they performed, best of all, the work was completed safely.Â  My personal thanks goes to each and every one of Â the Zielie crew members for a job well done.â€ Â Rick Kosloski â€“ â€˜Rights-of-Wayâ€™ manager 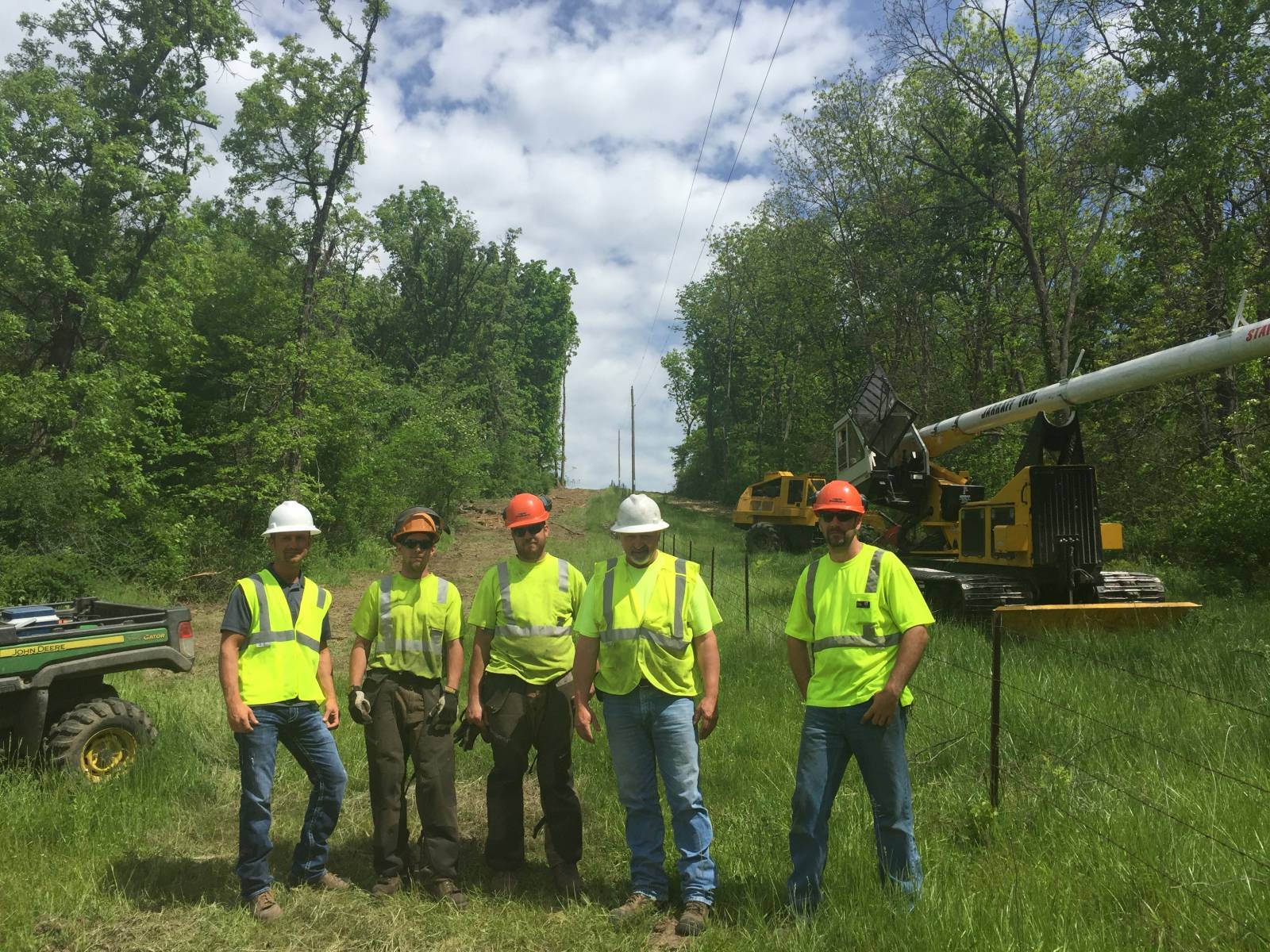